Next month, The Diva and her horde of classmates will set off for a two night extravaganza to south Texas, staying aboard the USS Lexington and visiting various sites all in the name of education.  Because why else do young people flock to the Texas Gulf coast?

Let us now pause and have a moment of silent prayer for the bus driver and chaperones accompanying them.

I mean, Father watch over them.  And their sanity.  May their patience and Xanax supply be plentiful.  Amen.

Anyhoo, I’m told the accommodations onboard are a bit austere.  It is, after all, a ship so the little darlings are to bring a sleeping bag with them.  Now, my daughter’s idea of roughing it falls into one simple category: keep the packing light.  Mine involves staying anywhere with indoor plumbing, electricity, and plush bedding.  Roughing it, in any shape or form, isn’t for me.  Back to The Diva.

She nicely informed me that carrying a full-sized sleeping bag wasn’t in the cards.  Who wants to climb up all those stairs, toting a bunch of crap only to schlep it back down again?  Ah, a girl after my own heart!

Now, I consider myself to be fairly frugal.  (Cheap sounds too miserly, but it might be a bit closer to the truth). I’m not so far gone that I’ll compost my own poop to nourish the family garden, but there’s that whole  money doesn’t grow on trees thing, amiright?  Besides, money is best spent on fabric and reading material.  But I digress.

With my frugality in mind, I settled on the idea of fashioning a sleeping bag from beach towels.  Here’s the lowdown.

Buy two beach towels of equal size.  I know those last two words seem a bit silly, however, not all beach towels are created equal.  Trust me on this one.

You’ll also need coordinating ribbon, about a yard should do just in case there’s a pooch screw and you have to redo the ties.  Don’t ask.  I chose grosgrain, but any type will do.

The Diva’s is black because pink is gah-rosssss!  What evs. 🙄

After 45 minutes spent clipping all those stupid plastic ties off and removing them without pulling any threads, lay one towel right side up on a flat surface.  You can choose a bumpy surface if you’d like.  It’s your headache.

I folded two separate lengths of the ribbon in half and pinned them to the top right hand side half of the towel.  Or the left.  You get the picture.  How far apart?  About that far.

Place the other towel right side down on top of the first, doing your best to match them up for evenness. 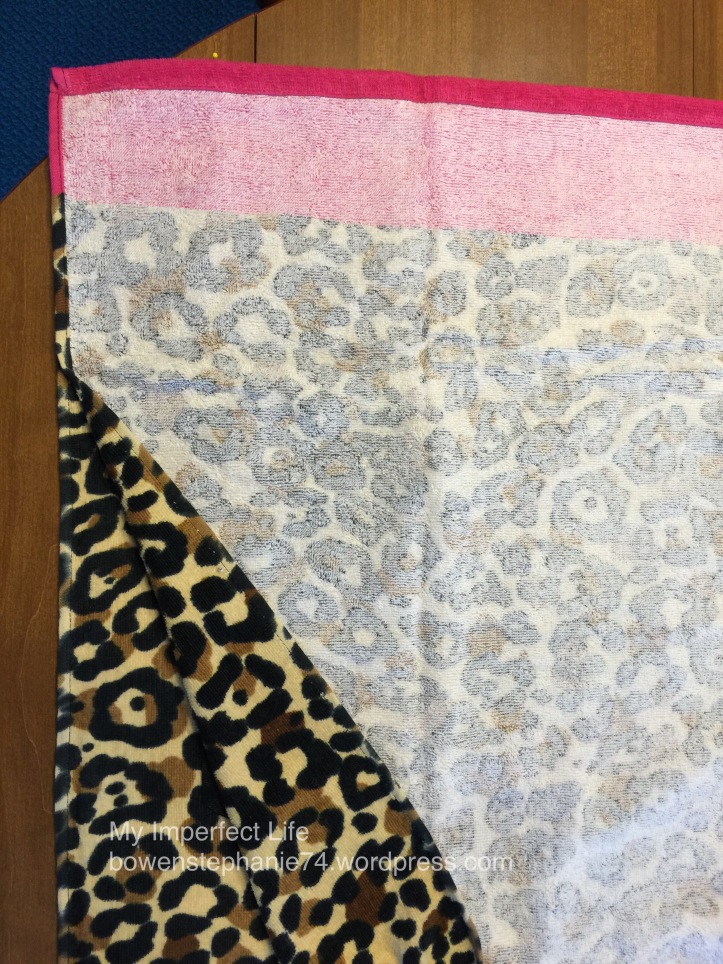 Next, sew up the three sides.  I used the existing seams on the towels as my sewing guide. 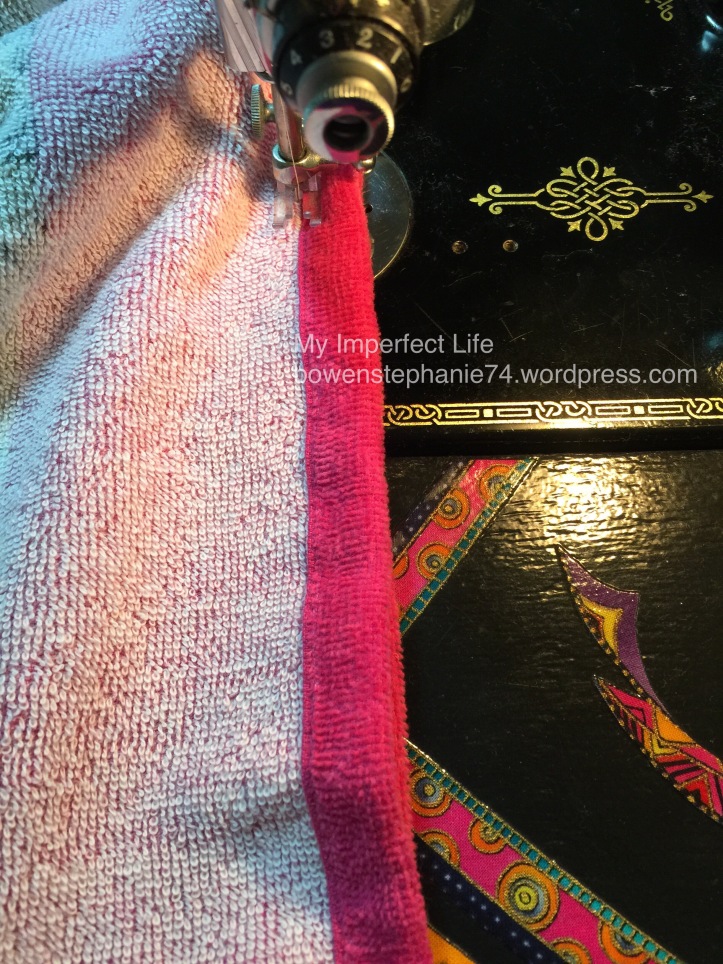 The Diva’s still short enough that the beach towel sleeping bag is long enough to be useful.  Any taller and it’s a no go.

Fold it in half lengthwise, roll it up, and tie it and, presto!, you have a sleeping bag that’s roughly a third the bulk of a standard sleeping bag.

Cheap and easy.  What’re you waiting for, a hooker comment?  You people know me so well.

Now get out there and sew something!