Ever have one of those vacations that’s months in the making?  My husband’s like that and it almost always involves a car show.  Sigh, gag, barf….insert your verb here.  It’s not as though I haven’t contemplated most of them.  At any rate, the Testosterone Twins headed out a few weeks ago to the MOPAR Nationals in Columbus, Ohio…at 3 a.m.  These people are in-sane and I married one of ’em and gave birth to the other!  A whole caravan of testosterone high-tailing it north to take in an endless sea of hopped-up cars, burnouts and scantily clad jailbait.  Oh, the thrill!

The Diva and I had other plans, naturally…ones that didn’t involve the smell of burning rubber, the possibility of handcuffs and police sirens and middle-aged men swilling Michelob and egging one another on like fraternity brothers at a kegger.  So, we loaded up the Mom-mobile at a more respectable 7:30 a.m. along with Gramma the Great and headed south for surf, sand and salt (preferably on a cocktail glass rim).

Before we headed out, I prayed for our safety and patience and freedom from road-rage (mostly mine, but other people’s, too just for good measure).  I also took pictures.  You know, in case we had an episode of kidnapping or an elderly person walking off and forgetting where the hell they were.  Yes, I’m weird like that.

We quilt shop-hopped from Giddings to Rockport.  Are you aware that it takes nine hours to drive from our house in central Texas to Corpus Christi?  Me neither!  The GPS and Sirius XM crapped out somewhere around Port Lavaca which made for a bit of driving entertainment, but we finally made it to the coast and our hotel where Gramma promptly hit the hay and The Diva begged to hit the beach. 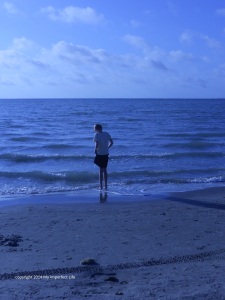 Oh, she got in in her swimsuit, but I wasn’t allowed to take pictures and I dang sure wasn’t up for having mine taken, thank you very much!  Other than complaining about the saltiness of the water (it’s the Gulf, sister!) we had a good time, but she decided chlorine was preferable and that was the last of our swimming in the Gulf of Mexico.  No matter, I like to see the bottom of any body of water I’m in anyway.  At least there were no shark encounters, the need for some random stranger to pee on a jellyfish sting, or flesh-eating Vibrio bacteria. 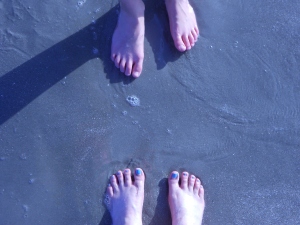 We hit the Texas State Aquarium and eye-balled the USS Lexington. 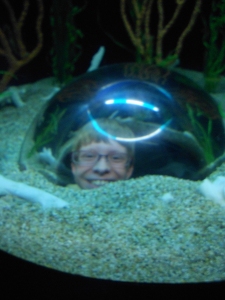 I finally got my cactus margarita Thursday night…sorry no pictures as I drank it down lickety-split!

We swam, we shop hopped, hit a truly awesome Barnes and Noble and then headed back home Friday morning, hitting shops in Victoria and Shiner along the way.  I see now why I prefer Himself to do all the driving…that crap’s exhausting and trips truly do go faster when you can pop some Dramamine and sleep ’til you hit your destination.

Despite all indications to the contrary, according to The Diva, I am the Most Awesome Mom Ev-er!